A great time was had last night at the third installment of the 2011 Salomon Autumn Trail Series.  Beautiful sunny weather and a turnout of 109 runners made for our best event ever!  As the competition heats up, runners are pushing themselves to their limits and reaching new personal bests.  Props to those who won themselves a round-trip meal ticket!

In the women's standings, a new overall lead has been established by Julie Cousins, overtaking Emi Yasaka in her absence. New leads in the 30-39 and 50-59 categories go to Margaret Shaffar and Corrine Kroehler, respectively.  Lisa Thompson also set a new master women's record with a time of 25:10.

In the men's competition, leader Max Renner remains untouchable as he continued his undefeated season and set a new course record in a time of 19:39.  Ross Weinzierl put in a great effort and moved into second place overall, while Dmytro Koshevy and Sol Mirelez established leads in the 20-29 and 60+ age categories.

The next race on October 12 will be the fourth and final race of the series.  Start time moves up to 6PM.  This should very exciting race, as the points for overall and age group leaders are very close in several categories.  Winners will all depend on who shows up and who throws down.  On top of some guaranteed close competition, runners will also be treated to Surly beer, end-of-series awards, and raffle prizes.  Overall and master winners will receive a pair of Salomon XR CrossMax trail running shoes (a $130 retail value) and two additional pairs will be raffled off.  Second place overall and two lucky raffle winners will win $50 Hoigaards gift cards, and 3rd place overall will win $25 Finn Sisu gift certificates.  All overall and age group winners also get giant cinnamon rolls from Great Harvest in Linden Hills.  Pre-register to guarantee yourself a beer!

Results
View standings
Posted by Audrey at 11:03 AM No comments: 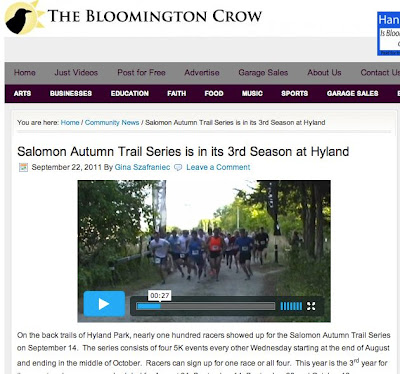 Posted by Audrey at 4:58 PM No comments:

Email ThisBlogThis!Share to TwitterShare to FacebookShare to Pinterest
Labels: awesome

Another great night of races last night at the Autumn Trail Series.  103 finishers set yet another attendance record, so a big round of applause to all those who participated!  Ideal racing weather set the scene for fast racing and new personal bests were experienced by many racers.  Men's winner Max Renner set a blazing fast time, finishing the 5.8k course in 19:44, breaking the previous course record of 19:57 held by Dave Duede.  The women's race was won for a second time by Emi Yasaka in a time of 24:46.  Masters winners in the 40+ age category were Michelle Dankwerth and Dan Moline.  Dankwerth broke her own course record for master women, setting the bar at 27:21.  In the series standings, Renner and Yasaka hold the overall lead, while Dankwerth and Moline lead the masters.

The next race is on September 28th.

Women's Standings
Posted by Audrey at 12:14 PM No comments:

The fastest time were brought in by Max Renner, 23 from Green Bay, WI and Emi Yasaka, 34 from Minneapolis who ran the 5.8k course in 20:45 and 26:01, respectively.  Also slotted to represent in leader bibs for the masters are Michelle Dankwerth and Dan Moline.  The grand prize winners in the raffle, bringing home a certificate for a pair of Salomon XR CrossMax trail running shoes ($130 retail value) were Jennifer Brown and Margaret Rudolph.

The next installment of the Autumn Trail Series is on September 14. 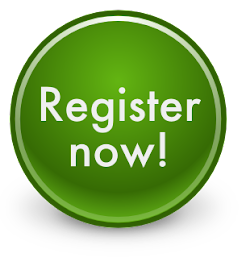